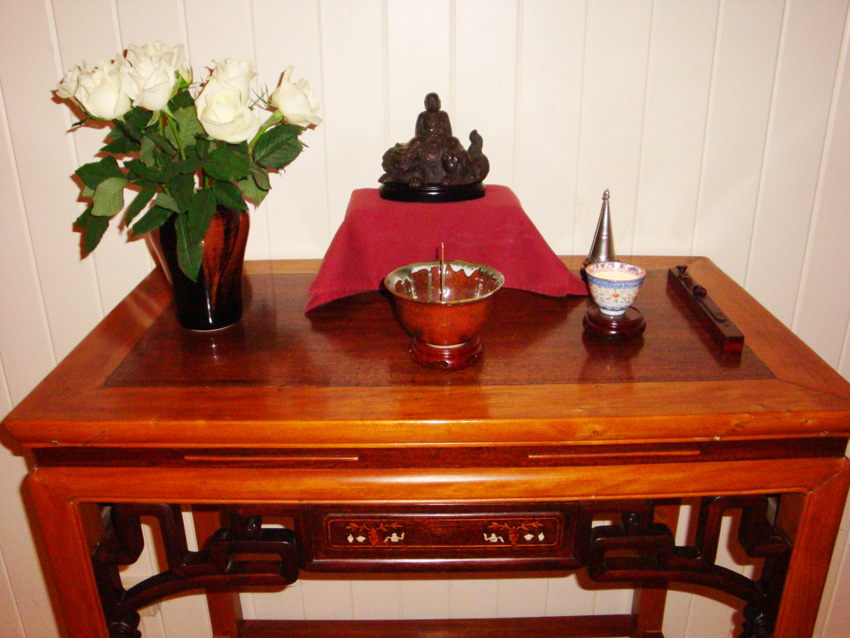 Weekly sittings are held every Sunday evening from 6.30-8.30 pm (except when Silent Practice Days or Sesshin are being held) and Wednesday 7.30-8.30 pm. Sunday sittings are held at the Lavalla Centre in the inner western suburb of Paddington and on Zoom.  Wednesday sittings are Zoom only. Sunday sittings consist of a number of 30 minute periods of zazen (sitting practice) interspersed with short periods of formal walking (kinhin).  Practice conversations (Daisan) with the resident teacher are offered via Zoom and may be offered on some Sunday nights. Dharma talks are given on some evenings.  If you would like to attend a sitting, please see the Participating page in this website and contact us for further advice.

Sittings go into recess from late December until mid-January each year.

These are opportunities for longer sitting, usually running from 9.00-4.30 pm a Sunday. Silent Practice Days (SPD) are held several times a year and there is an SPD or Sesshin in most months.  As well as sitting periods, they include dharma talks or dialogues, and interviews with the teacher.  Participation in a Silent Practice Day assumes prior experience and usually prior sitting with our group.

Sesshin is a residential training period of several days, in which we observe silence and follow a fixed daily schedule centered on sitting practice (zazen), as well as periods of exercise, work (samu), formal meals (oryoki) and rest.  A 5-day Sesshin is held in September each year at a retreat centre at Springbrook in the Border Ranges and a two-day sesshin is held in Brisbane earlier in the year.   Sesshin is taught by the group’s resident teacher and occasionally, visiting teachers are invited to lead sesshins. Attendance at Sesshin requires that you have a well-established practice and some experience of longer sitting, such as in Silent Practice Days and are known to us either by participation in group sittings or by introduction from another similar group.

In 2021, our five-day Sesshin will be held in late September.

As described in the page on Participating, a short orientation is the usual path into Sunday night sittings. Sometimes a Zoom interview is substituted.