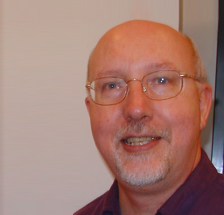 Gregg Howard is the Teacher of Ordinary Mind Zen Brisbane.  He commenced  Zen practice in the 1970’s in Australia and the US, and in 1981 helped establish Brisbane’s first Zen group.  Soon after, he became a student of Charlotte Joko Beck and arranged her annual visits to Brisbane in the 1980’s.  He spent a year in Japan studying the Zen tradition of Japanese shakuhachi (bamboo flute) and practising Zen, and regularly travelled to the US to study with Charlotte Joko Beck at Zen Center of San Diego.  In the early 1990s, he established the Everyday Zen Group in Brisbane, later renamed Ordinary Mind Zen Brisbane, and modelled on Joko Beck’s  Ordinary Mind practice approach. He was given permission to teach in 1996, and in 2004, received Dharma Transmission from Joko.  He is a member of the American Zen Teachers’ Association (AZTA) and the Lay Zen Teachers’ Association (LZTA).  He retired in 2012  from the Queensland Conservatorium after 35 years of university teaching in the field of ethnomusicology. He continues his musical interest in performance of Javanese Gamelan music.

The Ordinary Mind Zen School intends to manifest and support practice of the Awakened Way, as expressed in the teaching of Charlotte Joko Beck. The School is composed of Charlotte Joko Beck, her Dharma Successors, and teachers and successors they, as individuals, have formally authorized. There is no affiliation with other Zen groups or religious denominations; however, membership in this school does not preclude individual affiliation with other groups. Within the school there is no hierarchy of Dharma Successors.

The Awakened Way is universal; the medium and methods of realization vary according to circumstances. Each Dharma Successor in the School may apply diverse practice approaches and determine the structure of any organization that s/he may develop to facilitate practice.

The Successors acknowledge that they are ongoing students, and that the quality of their teaching derives from the quality of their practice. As ongoing students, teachers are committed to the openness and fluidity of practice, wherein the wisdom of the absolute may be manifested in and as our life. An important function of this School is the ongoing examination and development of effective teaching approaches to insure comprehensive practice in all aspects of living.

May the practice of this School manifest wisdom and compassion, benefiting all beings.

Other Ordinary Mind teachers and groups